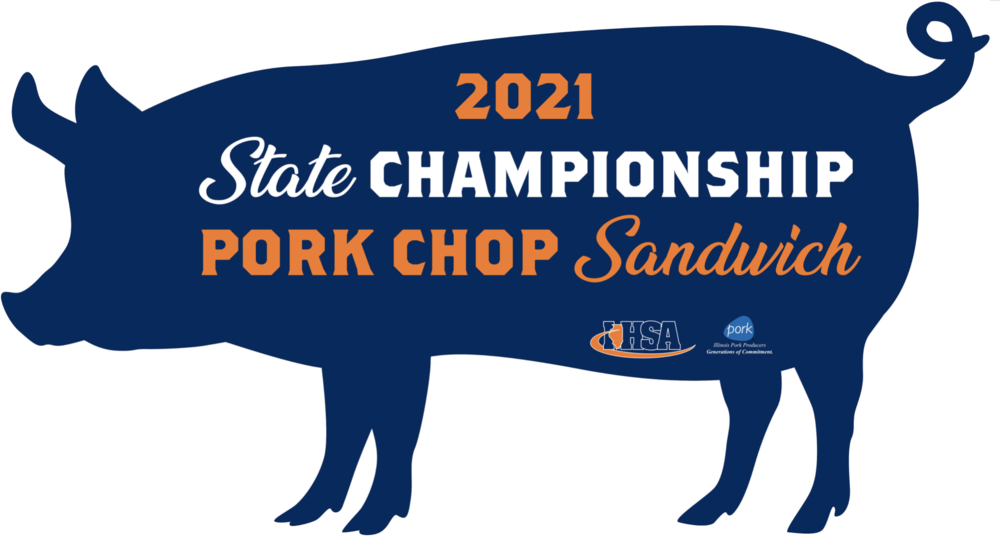 The 79 IHSA schools that have entered to compete for the state title have been separated into four regions: the Berkshire Region, Duroc Region, Hampshire Region, and Yorkshire Region. A full list of competing schools by region is provided below.

The winning school will receive a prize package from the Illinois Pork Producers Association that includes a $500 reimbursement on their pork purchase for next season, a state championship banner, and a golden spatula for the winner.

To participate in online voting by Region, click the links below: (links will not be activated until 8AM on Monday, October 4)

Rockridge is in the Berkshire Region. Click the link to vote!
https://bit.ly/3uBEgOS
THE LINK WILL ACCEPT MULTIPLE VOTES, SO VOTE EARLY AND VOTE OFTEN!!

The Top 4 vote-getters in each Region will advance to the Savory 16, which will feature in-person judging between October 9 and October 22.

The judges’ results will be announced live on the NFHS Network during the IHSA Playoff Pairing Preview Show (7:30 PM) on October 23, paring the field down from the Savory 16 to the Flavorful Four.

Online voting on the Flavorful Four to determine the Pork & Pigskins State Champion will occur between November 1-4, with the champion to be revealed at halftime of the IHSA Class 6A Football State Championship game (4 PM) at Northern Illinois University’s Huskie Stadium on Saturday, November 27.