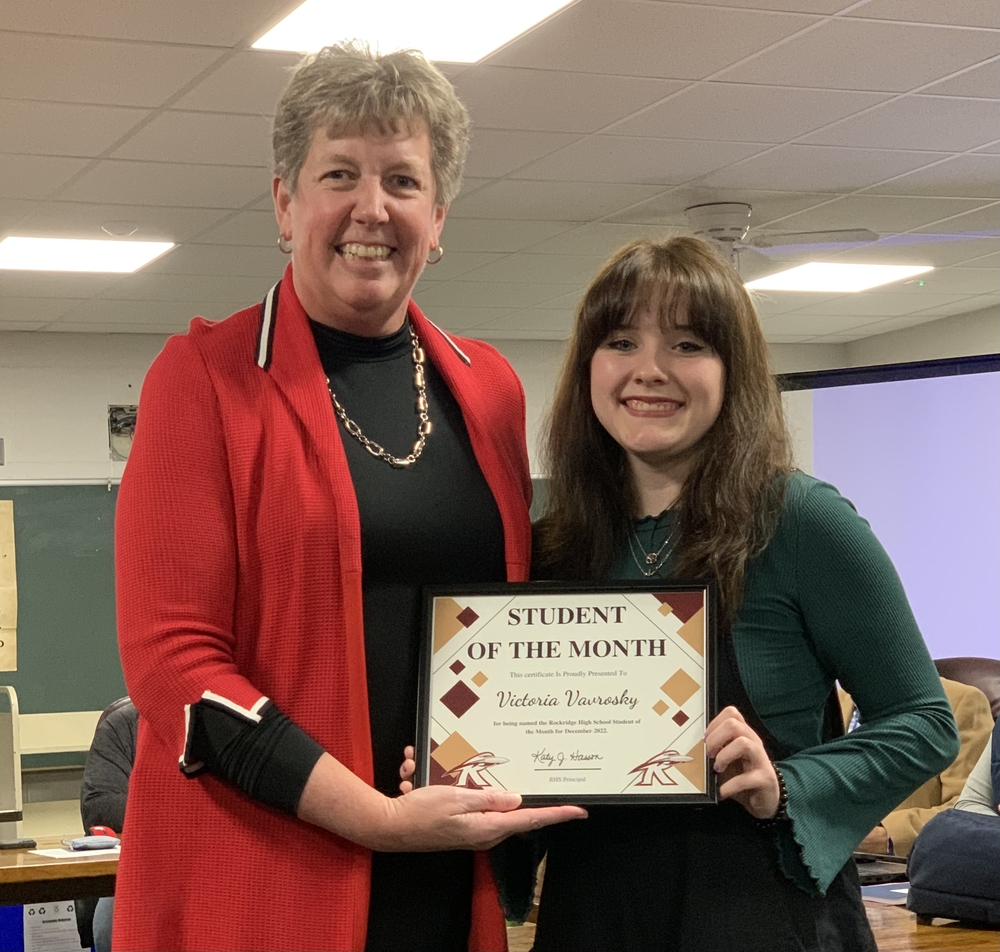 The faculty and staff at Rockridge High School are proud to announce that Victoria Vavrosky has been selected as the Student of the Month for December 2022.

Victoria is the daughter of Destiny and Robert Vavrosky of Reynolds. She is a senior at Rockridge High School. Tori reports that her favorite class this year is Psychology with Mrs. Neece. She is very active in a variety of activities at RHS, including the Dance Team, Speech Team, Theater Productions, Band, Jazz Band, Choir, Madrigals, and Show Choir.

Victoria is employed at Scooters Coffee in Milan. In her spare time, she enjoys hanging out with friends and family.

Tori’s teachers had the following to say about her abilities: