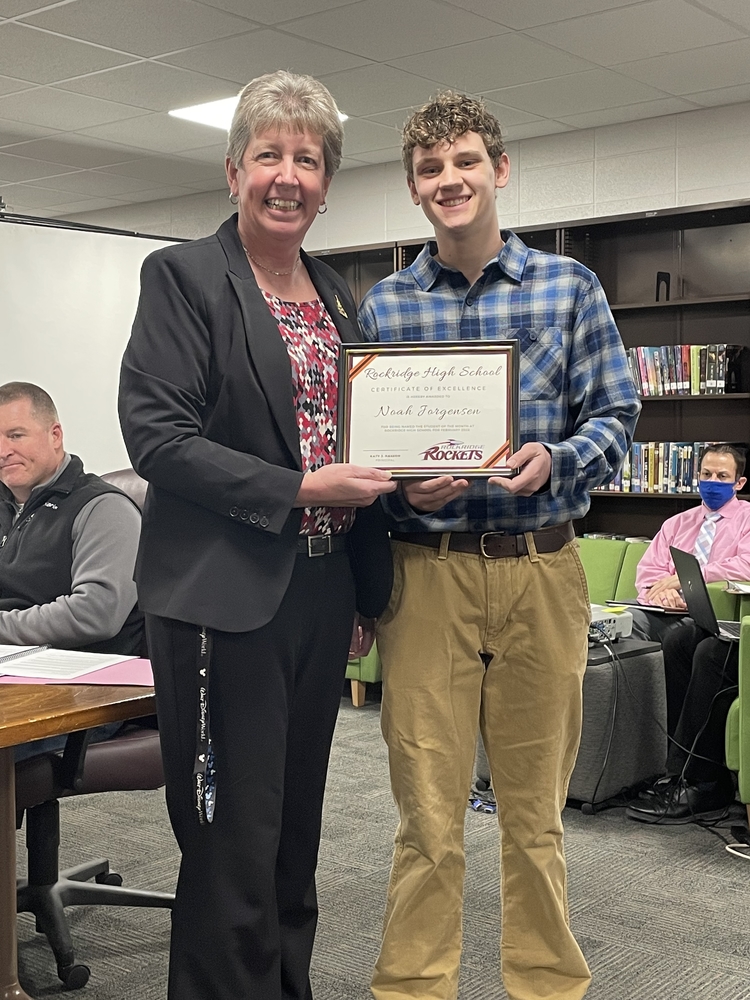 Jorgensen Named Student of the Month

The faculty of Rockridge High School is proud to announce Noah Jorgensen has been selected as the Student of the Month for February 2022.  Noah is a junior at RHS and is the son of Kori and Erin Jorgensen of Taylor Ridge.

Noah reports that Choir with Mr. Fischer-Oelschlaeger is his favorite class this year.  He is very active in both Band & Choir at Rockridge, including Marching Band, Jazz Band, and Show Choir.  In addition to his musical activities, Noah is a member of the Student Council, National Honor Society, Fellowship of Christian Athletes, and the Gray Matters Collective.

Outside of school, Noah volunteers at the food pantry in Rock Island.  He is employed at Snowstar during the winter season and Shivers & Shakes during the summer.  He stated that he likes to work out in his spare time and also enjoys skiing.  He is a member of Shepherd of the Cross Lutheran Church in Muscatine.

Noah’s teachers had the following to share regarding his talents & abilities:

Noah reports that he hopes to attend the University of Iowa after high school to study Computer Engineering.